Please do click on this link and visit the YouTube page, as our future depends on your support!

On 12 April, 2016, the Guardian ran its last edition of Telly Addict. My weekly fixed-shot, to-camera review of what was on the television the week before had run for 249 episodes, beginning in May 2011, and named after my TV review column in the still-missed Word magazine, which ran between 2004 and 2006 (itself named after the BBC quiz show Telly Addicts, on which my family had appeared in 1990). It had been a good innings, and Telly Addict had survived a number of opaque regime changes in the multimedia department, which seemed to exist as a kind of republic within the vast Guardian kingdom. Reviewing TV for the website certainly didn’t bestow upon me any sort of journalistic legitimacy at the newspaper itself, where I remained largely on the outside of the glass, looking in. I will always be grateful to have had the chance to make a short film about TV every week, pretty much without a break, for five years, and under the banner of a world-class news brand.

Producer Matt Hall (whom I’d known since my earliest days in the media when we worked on the old Radio Five) called me in, in March 2011, and we made a couple of modest pilots. (Quite why I was getting to do this and not one of the paper’s regular TV writers was a mystery.) This is a rare still from one of the first two non-broadcast pilots. As you can see, the chair was visible, and so were my arms. These were cropped out in a tighter shot that, give or take the angle I sat at, remained fixed for the next five years. We went live on 6 May, 2011; I reviewed two BBC dramas, Exile and The Shadow Line, and a brand new fantasy from HBO which I understand is still going. Matt left a couple of years in, leaving me without an executive champion at the department, but the whole operation was so self-contained, with one overworked member of staff thanklessly lighting, shooting, directing, producing and editing (for the larger part of its life, Andy, for the final year, Mona), we just sort of carried on doing it and nobody “upstairs” seemed to mind, or perhaps notice. It was not always easy to find Telly Addict in the maelstrom of a constantly refreshed newspaper website (with a rare 24-hour window of promotion at the very foot of the homepage and then all bets were off) and when they rolled out a major redesign of the site I was among a large constituency who could no longer view Telly Addict comfortably on a Mac (which I suspect lost us a lot of regular viewers). But I did my best to promote it through the usual means. I loved doing it, and I loved the finished product.

The writing was on the wall in the final six months, when budgets everywhere were being cut, and the Guardian Film Show (a much longer programme that involved three Guardian staffers or contracted freelancers a week, which started the same time as Telly Addict) went first. The final Telly Addict went up on 12 April, a sad review of the past five years, and the laments, farewells and tributes poured in below the line – where, over five years, I like to think we’d evolved an uncharacteristically sensible, positive, witty, well-informed and largely troll-free community. This was one of the reasons I launched this blog. It was a way of staying in touch with that community (or the most steadfast of its acolytes). 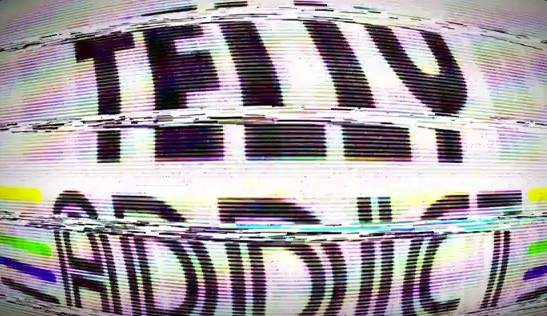 The good news is, Telly Addict is reborn. Last week, it was “soft-launched” at its new home, broadcaster UKTV (umbrella over the boutique channels Dave, Gold, W, Yesterday, Really, Alibi, Eden, Good Food and Home), who are expanding their online presence, with previews, clips and self-produced shorts on their YouTube channel. The first edition [above] is effectively the broadcast pilot. I hope you like it. The show will now run every Tuesday. Normal service, you might say, is resumed. There is a tyranny of stats on YouTube, of course. Nobody at the Guardian ever seemed to want to tell me how many people watched Telly Addict. Well, there’s no hiding place any more.

On the matter of my obligation to review shows that are on UKTV, I will only be reviewing new or returning or “event” shows that I might I have reviewed on Telly Addict anyway, and I have 100% editorial independence. Frankly, if I don’t like a new sitcom on Gold, I won’t cover it (if you know anything about me as a critic, you’ll know that I do not slag programmes off for the sport of it; I prefer to celebrate the best of what’s on the telly). The other upside is that there are no ads on the UKTV YouTube channel, whereas the Guardian tagged each episode with an embedded ad that you couldn’t skip.

For the record, all 249 episode of Telly Addict for the Guardian remained archived here.

You can see why we held back any big announcements or press releases or flypasts on Thursday and Friday this week, so next week it is. It’s great to be back. You will recognise one or two of the shirts.

27 thoughts on “Back after the break”

Do leave a reply Cancel reply

This is me in the corner